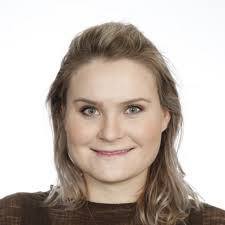 Nicole is a Research Fellow in Youth Suicide prevention and works with the Youth Mental Health team, led by A/Prof Ashleigh Lin. Nicole’s research involves working with communities and stakeholders in order to prevent the occurrence of self-harm and suicide in young people. Her research focuses on young people who have been exposed to self-harm and suicide in others and the prevention of the social transmission of suicidal behaviour in the community.

Nicole was awarded her Masters in Brain and Mind Science from the University of Sydney and is a PhD Candidate at the University of Melbourne. She is an Australian Rotary Health PhD fellow, and an ECR representative for the International Association for Suicide Prevention Special Interest Group on Suicide clusters and contagion.

Nicole is interested in research methodologies and is experienced in systematic reviews, meta-analyses, the Delphi Method, and geospatial techniques for detecting suicide clusters.

2020 SCAP Presentation: “A critical window of opportunity for suicide prevention in young people exposed to suicide and self-harm”

Young people who have been exposed to suicide (or have knowledge of the suicide of another) are particularly susceptible to suicide themselves and are two to three times more likely to be involved in a suicide cluster. A suicide cluster involves two or more suicides or self-harm episode that occur close together in time in a particular location or setting (e.g., a school) or involves social links between the deceased (e.g., as friends or peers).They are a significant concern among members of the community (including schools) regarding the potential of further suicide deaths and self-harm events.

This presentation provides up to date information on what is known about the social transmission of suicide and self-harm behaviours in young people. It presents findings from a nationwide study of 3365 suicides in young people that occurred in Australia over a 10-year period (2006-2015) and examines the risk factors associated with youth suicide clusters identified from police reports, coronial inquests, autopsy reports, and post-mortem drug screening. Evidence-based strategies for the response and prevention of self-harm and suicide clusters are presented with a particular focus on existing guidelines and recommendations for school settings.