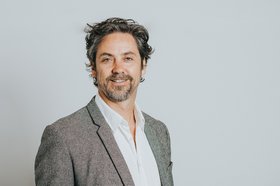 Dr Brock Bastian is a Professor and the Dame Kate Campbell Research Fellow in the School of Psychological Sciences at the University of Melbourne. He is trained as a social psychologist and his research broadly focuses on the topics of wellbeing and morality. In his research on well-being, he has addressed questions such as why promoting happiness may have a downside, the cultural factors leading to depression, and why valuing our negative and painful experiences in life is a critical pathway to achieving happiness. His work has been featured in outlets such as The Economist, The New Yorker, TIME, New Scientist, Scientific American, Harvard Business Review, and The Huffington Post, among many others.

His innovative approach to research has been acknowledged with the Wegner Theoretical Innovation Prize, and his contribution to psychology has been recognised by the Australian Psychological Society and Society of Australasian Social Psychologists early career researcher awards. Brock is not only passionate about building scientific knowledge, but also about communicating that knowledge. He has written for popular press outlets, such as The Conversation; delivered popular talks, such as at TEDx St Kilda, The Ethics Centre Sydney, and Effective Altruism Australia; and appeared on radio shows such as The Minefield. His first book The Other Side of Happiness was published in January 2018.

Building more resilient adolescents: Why our best intentions are leading us astray

We all know that resilience is important. We have been told that focusing on strengths is critical for building happy and healthy children. But where does resilience and personal strength come from? The current zeitgeist of focusing on the importance of positive emotion, positive thinking, and positive self-regard may be inadvertently leading to less happiness and less resilience. In this talk I will explore how to build resilience and personal strength, how to avoid toxic positivity, and why teaching children to lean into discomfort is critical in promoting their wellbeing.