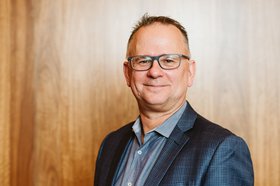 Dr Michael Nagel is an Associate Professor at the University of the Sunshine Coast where he teaches and researches in the areas of cognition, human development, behaviour and learning. He is the author of thirteen books on child development and learning used by teachers and parents in over twenty countries and has delivered over 300 workshops and seminars for parents and teachers nationally and internationally. Nominated as Australian Lecturer of the Year each year since 2010, Dr Nagel has been an invited guest on ‘TV New Zealand Breakfast’, ‘Canada AM’, ‘Sunrise’, ‘A Current Affair’ and ‘The Project’. Dr Nagel is also a member of the prestigious International Neuropsychological Society, and a feature writer for ‘Jigsaw’ and the ‘Child’ series of magazines which collectively offers parenting advice to more than one million Australian readers.

Everything is NOT Awesome: Technology and the Developing Brain

Since the turn of the century, technology has greatly expanded into, and influenced, the lives of young people. Paralleling the pervasiveness of the digital world has been an equally expansive list of challenges and concerns associated with the internet, social media and the devices they inhabit. In this presentation, Dr Michael Nagel, one of Australia’s leading experts in the developing paediatric brain, shares what the latest science has to say about the impact of technology on young people with a particular focus on how ‘Smartphones’ may be at the forefront of a growing number of developmental problems and mental health issues. The overall aim of the presentation is to provide some of the latest insights into current issues and challenges around young people and technology along with some strategies for combating potential problems associated with those issues.